← back to
Freaksville Records
Get fresh music recommendations delivered to your inbox every Friday.
We've updated our Terms of Use. You can review the changes here. 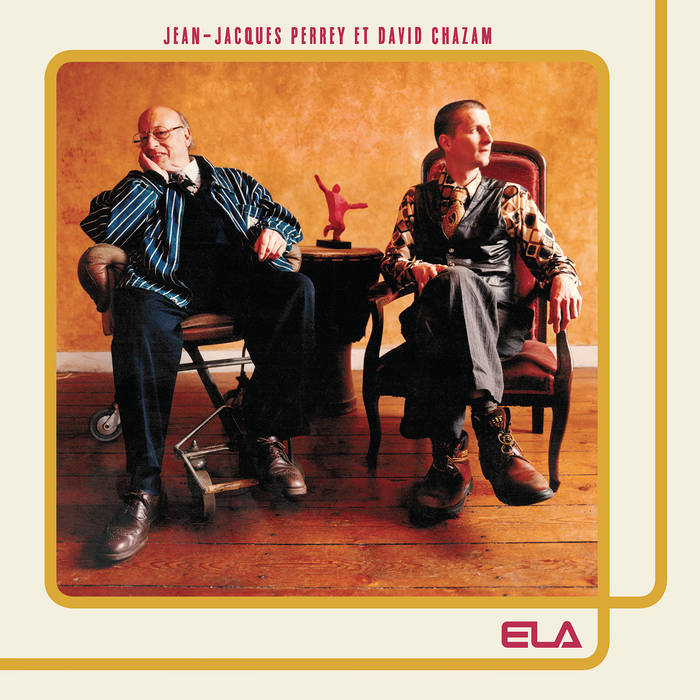 Oddio Overplay We all owe a debt to Jean-Jacques Perrey for the development of electronic music. What a treat to hear from this living legend! Favorite track: Gossipo Perpetuo.

An electropop duo through the ages

"My collaboration with Jean Jacques started in 1996. I had found the address of the electro pop master in the 1994 Issue #14 of the clever and knowledgeable Bay Area magazine "REsearch". #14 was about "Incredibly strange music", and the publisher V-Vale had written a well-researched article about Perrey. In the interview the master Perrey indicated that he was willing to start a new collaboration like some others he had done with musicians in the past. I sent him a letter and added a tape with some of my tracks. Jean Jacques’ feedback arrived a few weeks later, by post, in the form of a rather simple answer: "Où? Quand? Comment?" (Where, when, how?). The artistic collaboration immediately turned into a real friendship that has never ceased. Jean Jacques is the nicest partner you could ever dream of. He taught me so many things that totally changed my way of composing and producing music ("Plus de reverb !"). Jean Jacques recently reminded me that throughout all those years we never
argued, even during the stress of creation or concerts... That's pretty odd for two Frenchies working together, but true!

We planned a special residency during our first meetings in Paris and Vichy. In a studio under the roofs in the center of Bordeaux (Times of famous "possee funky de la rue St Rémi"), and then in the countryside (in the middle of Poitou-Charentes), we created our legendary vinyl album "Eclektronics" released in vinyl on Base Nautic in Paris, and later on CD with Basta Records in Holland.
This was between the wave of worldwide recognition of Jean Jacques' music by artists like Dj Premier, Gangstarr, Wagon Christ, Dj Shadow, etcetera... at the time, french electronic musicians and parisian hipsters became eager to collect past knowledge, roots, justifications and sometimes fake influences for their own work.After the release, our duo was asked to play some live acts. First one was during the Brighton Bop Festival. An other was Brussel's amazing festival "Klinkende Munt". A true "must be" event that would remain in Brusselaars and Thee Ecklektricks memories for a long time. Rehearsals and shows were recorded, and the present LP "ELA" contains some of those exclusive material.

In the meantime Jean Jacques and I found other opportunities to continue our adventures in the studio without any other specific aim than working together.
Here are some new material previously unavailable.
- "Electropop parade" is a new track in the style of "Baroque Hoedown", famous mainstream Disney's electrical parade theme composed by Jean Jacques in the sixties.
- "Kids corner" & "Hectic Joker" are perfect dance tracks for children. Try with yours. DJ's are also allowed to air them anywhere for adult consumption.
- "Chronophonie" will sound familiar to french "baby-boomers". In the seventies the track was aired on national tv as an intermission cartoon jingle on a national channel. The lovely theme would accompany the image of a wounded baby "2" in his mother's arms. That was super cute indeed. Let's be precise, amongst the average French audience no one could know who the composer of that track taken from a library music album was. Even worse "library music" as well as "easy listening music" are still considered as "sub-genres" and very often despised in the country of Cocteau and Edith Piaf (good friends of Jean Jacques).
- "Gossipo perpetuo" is a new version of Jean Jacques’ super speed remix, here in an even more hardcore and keen "Chazamesque" shape. Onstage, the track would always be stopped with my fake murder by Perrey, there is no other solution to "perpetual movement", is there ?
- "The sponge" is a long jingle that I composed in a very "Perreysque" style for a strange "Non-Science-Fiction" Tv show. Main melody sounds of that track were produced by using the ONDIOLINE, the extraordinary instrument that pushed Perrey to fame and legend.
- "What's up duck" is a live rehearsal take by "thee Eclektricks", the studio version is available on "Eclektronics" album.
- "28th paradigm", "Cats in the night" and "El Nino" were performed live in 1998 in Brussels at the Beursschowburg.

Please enjoy and share these exclusive musical documents, they will make you and your people happy, that's our main aim with my friend Jean Jacques Perrey for ever and ever. Always remember : "Elephants never forget"."

"You may need to visit the chill out room to come down after listening to this wonderfully out-there album which proves that old men really do make the maddest of records." Whispering and Hollerin

"Very much then one for regular devotees of the godfather of French electro or for people who're interested in broadening their children's musical exposure at an early age, despite the overall air of fun and utter refusal to take itself seriously. " Musicoguide

"If there was ever a musician to put a smile on the face of the less prim among us , it must be Jean-Jacques Perrey" Record Collector

"A pioneer of easy tune moog synthesizer music, Jean-Jacques Perrey is the originator of that sort of happy-go-lucky music which was subsequently made famous by Lipps Inc, Daft Punk and Gary Numan" Pennyblack music


"This tune is just a joy, a riot, a hoot. It's actually a version of Perrey's own 'Baroque Hoedown' which has been used by Disney as part of its theme park parades. So plenty of pop references crawling inside themselves if you're bored. " The Underground of Happiness

The latest record from Jean-Jacques Perrey, one of the pioneers of electronic pop and moog music, and now aged 86, is a collaboration with the young French maverick David Chazam. An electropop duo through the ages ! It features new material, previously unavailable, and material from a rare live peformance in Brussels ... more

Bandcamp Daily  your guide to the world of Bandcamp

The Hammer and The Relentless from the Boston band Malleus stop by for a chat.